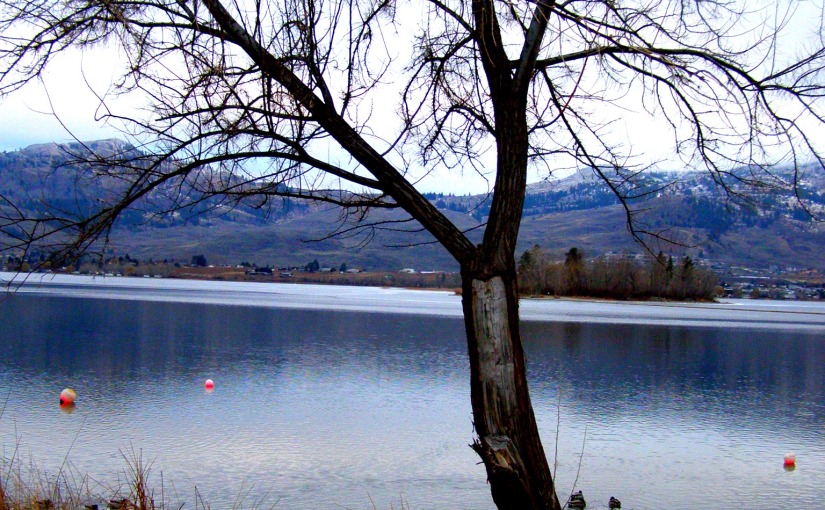 “I realize there’s something incredibly honest about trees in winter, how they’re experts at letting things go.”

It’s been a while since I’ve been here – I haven’t blogged in ages.  I haven’t forgotten my blogging friends and it’s more than a simple case of being busy.  I’ve been working on a few things, a few things we all take for granted.  I can’t believe Christmas has come and gone and I didn’t post very much during Christmas.  It  all started Christmas eve, we were getting ready to go to  a friends for dinner when my youngest son, Matthew, came into the kitchen holding the back of his head. I was rushing to and fro wrapping gifts, getting some food prepared to bring to dinner and I heard this small voice “mom I fell and hurt my head.”    When I looked up he was standing in front of me and I could see a small amount of blood on the kitchen floor and when he turned around to show me, his hand covering the wound was full of blood.  I remained calm and said to myself it’s a head wound, head wounds always bleed terribly – it’s probably nothing.  I took his hand away from the wound and sure enough there was a small chunk out of his head.  My husband had been out running errands and just walked through the door and to get to our friends house in time for dinner we had to leave in 15 minutes.  My husband judged the wound to be closed up with  4 or 5 stitches so off he went to the hospital with Matthew and Brendan and I went off to our friends for dinner.

All the way over to dinner I lectured Brendan because both the boys were horsing around in the bathroom before they showered and one push too many led to the fall into the shower.   Could have been so much worse if not fatal.  Drew and Matthew were able to join us at our friends place for about 8:00 pm that night so not all was lost and we counted our good fortune that Matthew only needed four stitches.   We went to midnight mass that night and it was beautiful and as I sat in the church listening to the woman with the gorgeous voice singing Ave Maria, I counted my blessings that everyone was healthy and thankfully my son only had a little dent in his head, all was well.  Christmas afternoon I jumped in the shower only to realize that we had no hot water, a trip to the basement revealed that our hot water tank was done.  Literally an hour after that my son comes running out of our downstairs bathroom screaming that the toilet was overflowing; water everywhere so much water I thought it would run into the basement.    At that point I started to laugh because everyone expects Christmas to be so perfect and here it was one thing after another and I was laughing.  It was my aha moment as Oprah would say, I didn’t care if the turkey was perfect or if there were enough cookies baked.  For that matter at that moment I had the turkey in the oven, it was close to 3:00 pm and I had nothing else prepared.  No potatoes, yams, veggies and no dessert.  Instead of getting busy I put on some sweats, picked up a football, grabbed the boys and the dog I was looking after for a friend and headed to the local park.  There we played football until the light was gone and headed home.

My husband and I finished preparing the meal while the boys set the table.  This past Christmas was one of the best I can remember and the day taught me a very valuable lesson – it’s the small things that are important not the bigger picture – that time with the boys at the park relieved stress and we came together as a family.   I also realized that day how tired I had become.  Our life is constant running around and I’m tired – I need rest and I need to be less stressed, so I’m working on those two things – sleep and remaining calm.  Sounds easy enough doesn’t it but it’s harder than I imagined.  Every night I try to shut the house down by 9:00 pm and  all of us go to bed.   I’ve told the boys they can read but no iPads or iPods, Facebook or texting – simple relaxing and letting go of the world before we lay our heads down for the night.  To do this I have to work on leaving things, like dishes that need to be dried in the sink are left until the morning, laundry in the laundry room to be put away another time, hockey clutter or clothes clutter, I have to walk over or by anything and go to bed and shut myself down .  It’s hard that is why I was burning out, I was trying to be Martha Stewart minus  her staff.  Martha has all kinds of help, I don’t and I live with two boys and a man who don’t necessarily see things the way I do and I can’t make them – yes they help but they can live with stuff piled around them or under them and they don’t care.  The second thing I’m working on is calmness.   I’m trying to breathe more, do more yoga, sit and watch shows I like on netflix , read more, spend more time with people who make me laugh, focus on hobbies like photography all things that bring calmness to my spirit.  There has been no time for writing because I’m still trying to find my balance and fit writing in there too.  Of course with all this relaxing and sleeping I’ve got to fit in work and a very busy hockey schedule.

This past weekend was my husband’s birthday and last night we finally had a break in our schedule to go out for dinner.  All of us went including my mother-in-law and we had a great dinner and lots of laughs. We got home about 10:30 pm and when we walked through the front door Matthew noticed movement in the front window by the door.  At first we thought it was a bat but to our surprise it was a lovely little bird.  What she was doing in the house and how and when she came in is beyond me.   Just before we came through the front door I just finished saying that we all have to get to bed and that little bird like Matthew’s head on Christmas eve, or the hot water tank and toilet on Christmas day, completely altered my plans.  I spent the next hour and a half trying to get that bird out of my house.  She managed to get upstairs and hide in one of the bedrooms and she was good at dodging and hiding because it took me a while to find her.  I finally found her under my son’s bed and every time I went near her she would either fly and land on something high or scurry very fast across the floor.  I grabbed a camera and a towel.   I managed to catch her picture with the camera and guide her out the front door with the towel.  It was one of those moments I had to use my recent practice at calmness because freaking out wasn’t going to help me with that bird, I had to be calm and patient.

All I could think about the whole time I was chasing that bloody bird was my mother.  My mother was a full-blooded irish woman and she was as superstitious as the rest of them.  My mother believed that it was a very bad omen if a bird flew into your house, she believed that it was a warning from above of an impending death.  Several times when I was younger and living at home we had a bird fly into our house and my mother would run around the house with a broom trying to smash the daylights out of the poor little terrified creature all the while screaming that “somebody was going to die if we didn’t get that goddamn bird out of the house.”  Calmness and guidance my mother did not use to show that beautiful bird of feather to the front door,  she would freak out and I can remember laughing and saying  “somebody for sure is going to die mom, it’s that innocent little bird.”  Thank goodness mom didn’t have a good aim and all the birds in her grasp managed to escape through the front door and the answer to your question; no one died.

Our little messenger of impeding death – sitting on my son’s shelf between star wars and dragons!